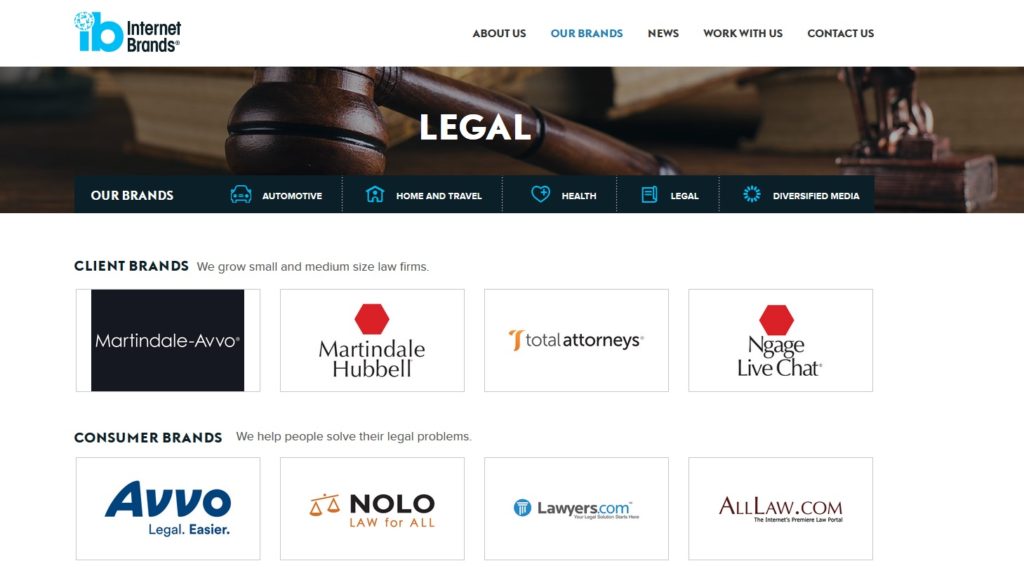 The world’s largest legal directory publisher, Internet Brands, has renamed its legal division “Martindale-Avvo” in a move that comes six months after it completed its acquisition of leading US lawyer directory Avvo.

In an announcement today, Internet Brands said that the new names reflects the integration of Avvo into its existing portfolio of legal products, which it says now amounts to the world’s largest legal marketing network with 25+ million monthly visitors.

Previously, the network was known as The Martindale Legal Marketing Network.

All will continue to operate as separate brands under the Martindale-Avvo umbrella.

Internet Brands acquisition of Avvo, which completed in March 2018, made headlines when it was announced, surprising some who had thought that Avvo’s ultimate goal was a stock market listing.

Internet Brands has risen spectacularly in recent years, only entering the legal industry in 2010 after making its name in other sectors such as automotive (Cars Direct) and health (Web MD).

The El Segundo, California-headquartered company, which also runs sites like apartmentratings.com and frugaltravelguy.com, was founded in 1998 and acquired by private equity giant KKR in 2014 from Hellman & Friedman for $1.1 billion.