Justia has added ratings and reviews to its online legal directory.

Currently lawyers that are listed on Justia (see example below) can add a range of information such as photo, bio, practice areas, fees, bar associations, and web links, but the new development will see Justia provide its own proprietary rating for each lawyer. 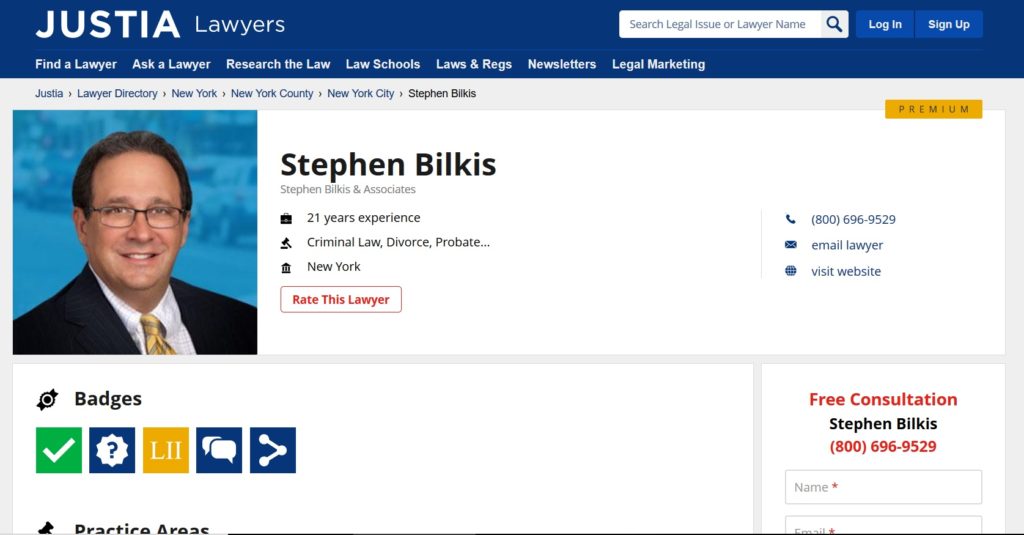 According to Justia, “the rating and reviews system is intended to give consumers and attorneys a useful metric by which to evaluate and compare lawyers before deciding to hire or associate with them.”

Attorneys will be scored between 1 and 10, with the number determined by the quality of reviews from peer lawyers, who will numerically rate fellow lawyers on legal knowledge, legal analysis, communication skills, ethics and professionalism.

To review an attorney, you must be a verified lawyer with a Justia profile.

Justia also says that the rating cannot be affected by advertising or other forms of payment.

This is how the profiles will appear going forward with the new ratings and reviews: 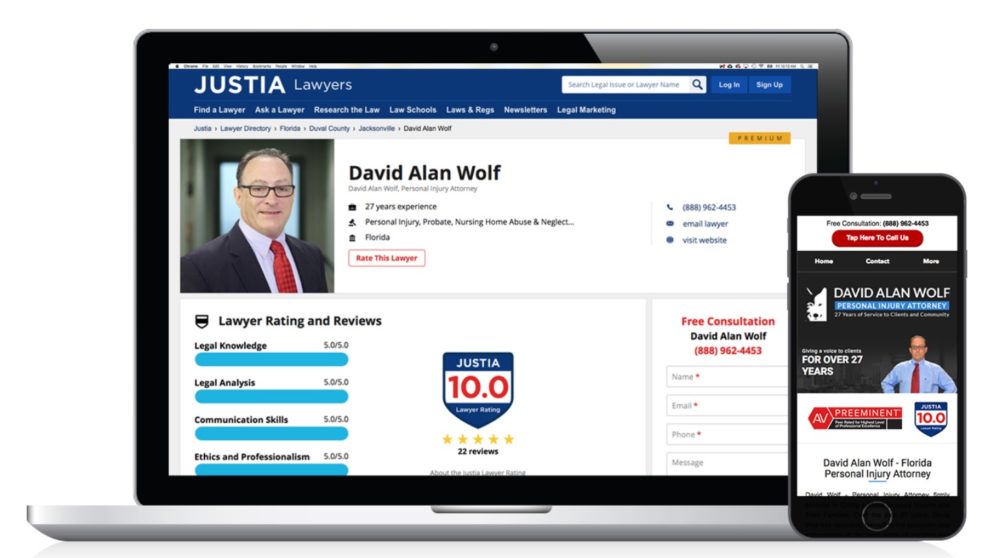 Some observers may notice the similarity between Justia’s rating system and that of stablemate Avvo.

Both companies are owned by Internet Brands after Avvo was acquired at the start of 2018, although Avvo founder Mark Britton recently announced that he was not staying on to manage Avvo’s integration into its new parent.

However, in an interview with the ABA Journal, Justia president Stacy Stern said that the timing of Justia’s decision to introduce ratings was coincidental with respect to Avvo.

Justia, which is based in California, was founded by Tim Stanley (who also co-founded FindLaw), and provides website, blogging and online marketing service to law firms, alongside its “find-a-lawyer” directory