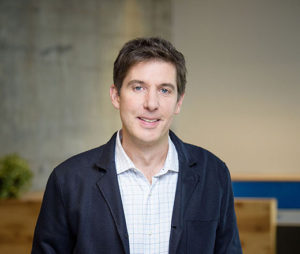 Legal directory trailblazer Mark Britton has announced he is to leave Avvo, the pioneering find-a-lawyer company he founded over 10 years ago, in the wake of its recent sale to online giant Internet Brands.

In a note to his staff, which was posted on LawSites, Britton explained that he had intended to stay on after the acquisition to integrate Avvo with Internet Brands’ other legal sites, but felt that the process would take longer than expected, and believes he is ready for one more challenge in his career.

Britton was one of the founders of Avvo back in 2006, a company he started after leaving his position as general counsel of Expedia, the internet travel booking site.

Avvo grew quickly in the years after its launch, attracting a large amount of venture capital investment and innovating constantly along the way – reshaping from more of a classic directory in its early days to a rich hive of legal information and services.

Not everyone was happy, of course.

Always on the side of consumers of legal services, Avvo often had to fend off lawsuits from lawyers aggrieved at its ranking system.

But Avvo soon became the largest US lawyer directory, and one of the most heavily trafficked legal websites – with 100 million annual visits to its sites and listings of more than a million US lawyers.

Britton himself was a prominent figure, but never aloof in a corporate way, often giving interviews to local reporters, bloggers, podcasters, and those who shared his passion for legal marketing.

Commentator Bob Ambrogi reckons “no individual has been more directly responsible for disrupting the legal industry over the past decade than Mark Britton.”

What Britton’s next move is we will have to wait and see, but he has an impressive track record of building businesses and is well connected in the online and legal world.